The calendar below shows the details of the scheduled sessions during the October edition of the Zoho Creator University Degree. 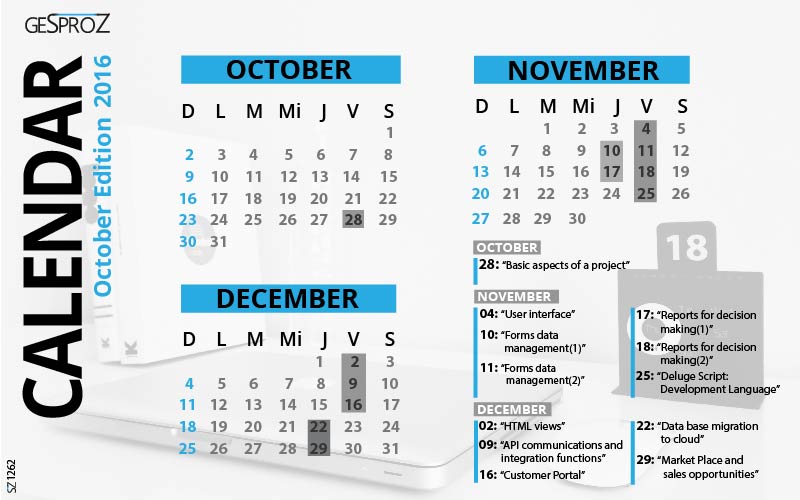 The Degree is titled: “Web tools design for process management within organizations, through Zoho Creator” and it is intended to be a reference in the sector and an excuse to create opportunities, synergies and new business models among, for and by its participants.

This edition of the Zoho Creator University Degree will begin on October 28th 2016 and will consist of 12 online sessions in both Spanish and English. The sessions will usually be held on Fridays. In the calendar, the sessions are marked in different colors according to the session type so you can easily differentiate them.

The languages, in which the degree will be taught, are Spanish and English and it will work as follows:

The platforms used will be different according to the type of session that will be held.

As final event of this edition, we will propose the possibility of coordinating an “End of school trip” to the city of Chennai, India, heart of ZOHO, where you can enjoy a “special work session” with the ZOHO team of tool developers, as well as take some days to immerse in the culture where the ZOHO philosophy is born.